Welcome to the official homepage of Wednesday Week!

Yep, this is the official website of the band that brought you Betsy's House, What We Had and No Going Back.

Wednesday Week will be playing a reunion show on Tuesday, January 14, 2014, at The Troubdour in West Hollywood, CA. The performance will be part of the Earle Mankey Appreciation Night, which will also include performances by The Long Ryders, The Pop and Kristian Hoffman. The lineup with be Wednesday Week #7, the classic lineup featuring Kristi Callan (guitar, lead vocals), David Nolte (lead guitar), Heidi Rodewald (bass, lead vocals), and Kelly Callan (drums). 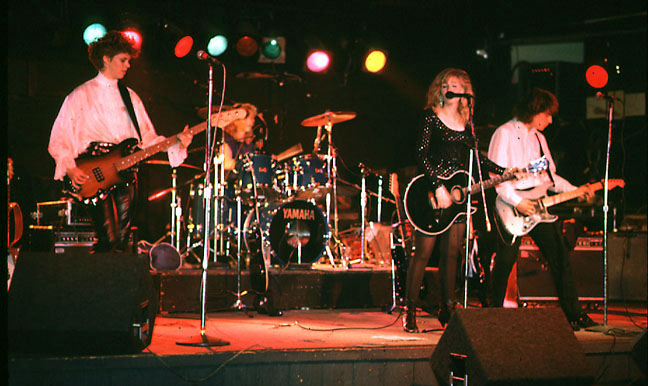 WarfRat Tales, the legendary 1983 compilation of LA bands that introduced Wednesday Week to the world, has been issued on CD for the first time and it has lots of extra tracks and bands. WarfRat Tales (Unabridged) features two Wednesday Week songs never before on CD. It's available at the Avebury Records website, as well as at the Bomp Store, CDBaby, and Amazon.

Kristi has a band—Dime Box! Kristi is the lead singer and plays guitar.